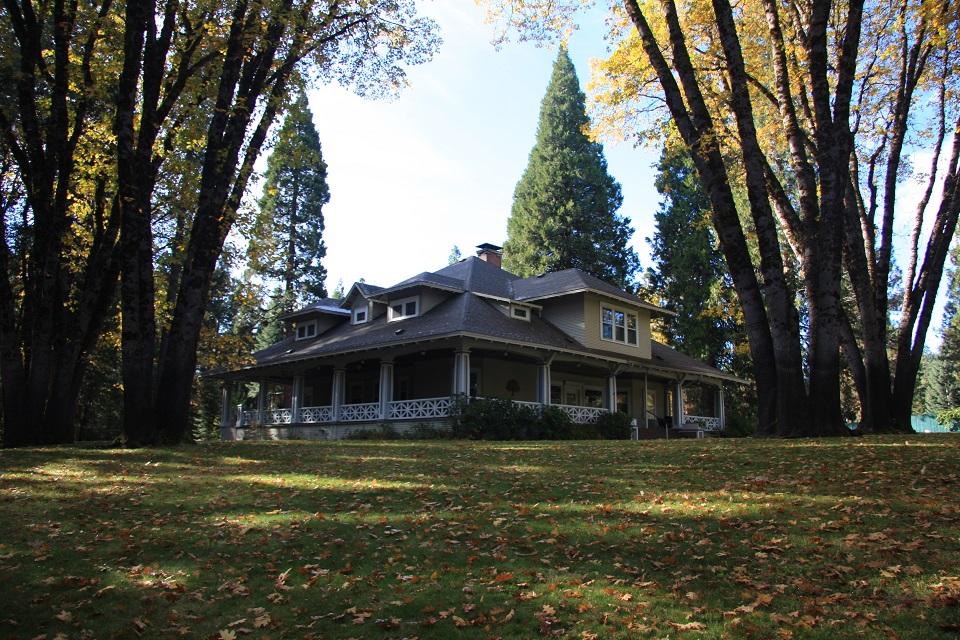 The McCloud Guest House was built in 1907 and originally served as the personal residence of J. H. Queal, who was president of the McCloud River Lumber Company.  Queal’s new home on the hill above McCloud had ten large bedrooms, six and a half bathrooms, a luxurious upstairs recreation room, a library, a sun room and was situated on six acres of park-like grounds.

After Queal’s death, the home became known as the “Guest House.”  The McCloud River Lumber Company staffed the home with a cook, housekeeper, and gardener and it was used to accommodate visiting VIPs and lumber executives.  President Herbert Hoover stayed at the Guest House, as did actress Jean Harlow, baseball player Ty Cobb and several members of the Hearst and Levi Strauss families.  Parties at the Guest House were gala events, and many of the guests came over from William Randolph Hearst’s “Wyntoon” which was nearby and flourishing at that time.

Many years later when The McCloud River Lumber Company sold the town of McCloud to the people, the McCloud Guest House was bought by Champion Paper Products.  It switched hands several times after this purchase and was soon owned by private individuals.

After 1985, when extensive renovations designed to recapture its past warmth and country inn charms were finished, the McCloud Guest House was transformed into a Bed and Breakfast.  The first floor was a fine dining restaurant for several years in the 80s and 90s.

Today, the McCloud Guest House is operated by McCloud Hotel Group, Inc. and owned by Alice DeBon.  It has become a popular location for weddings and special functions.  Exceptional care is continuously taken to preserve the inn’s historic character and highlight its unique charm.